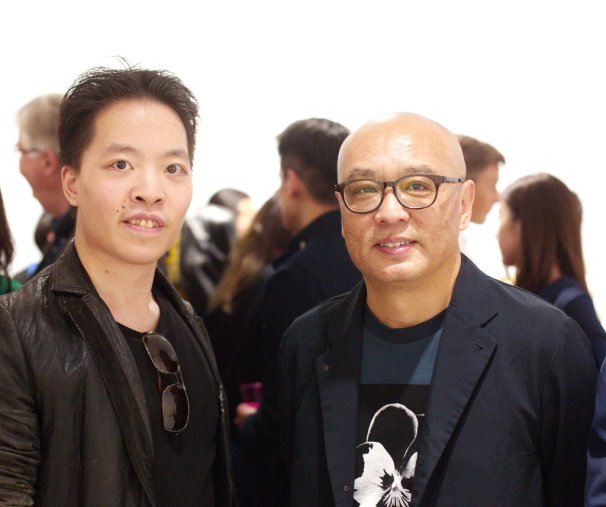 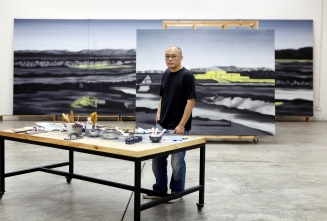 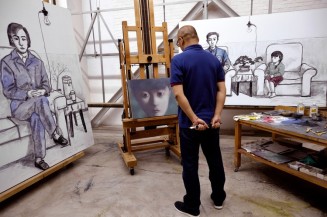 TO GO WITH: Culture-HongKong-art-business by Stephen Coates Visitors look at a painting by Chinese artist Zhang Xiaogang titled “Brother and Sister” during the soft opening of the Hong Kong International Art Fair in Hong Kong on May 16, 2012. The event known as Art HK opened to the public on May 17, featuring works by top international artists from Picasso to Chinese dissident Ai Weiwei and cementing the city’s status as a global art hub. AFP PHOTO / Philippe Lopez (Photo credit should read PHILIPPE LOPEZ/AFP/GettyImages) 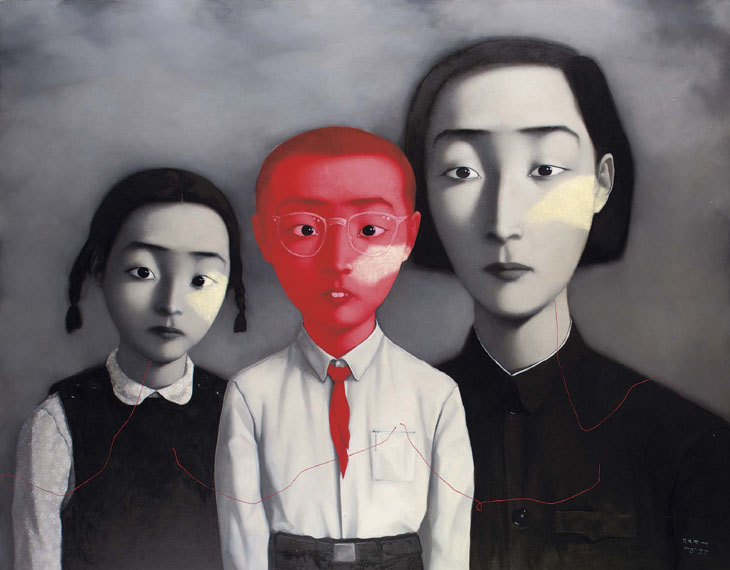 Zhang Xiaogang 張曉剛 was born in 1958 in Kunming, the capital of Yunnan Province in southern China. When the Cultural Revolution began in 1966, Zhang’s parents were forced to give up their government posts, leave Zhang and his three brothers behind, and go to a “study camp” in the countryside. Following the collapse of the Cultural Revolution in 1976, Zhang was accepted into the prestigious Sichuan Institute of Fine Arts in Chongqing in 1977. In 1995 Zhang Xiaogang presented his Bloodline: Big Family series in an exhibition entitled The Other Face: Three Chinese Artists as part of the larger international exhibition Identità e Alterità, installed in the Italian Pavilion during the centenary 46th Venice Biennale. Drawn from formal family portraits, the paintings represent both the individual and the faceless masses of China at once. The figures, often dressed in identical Mao suits, have distinctive red blood lines which demonstrate the links between people.