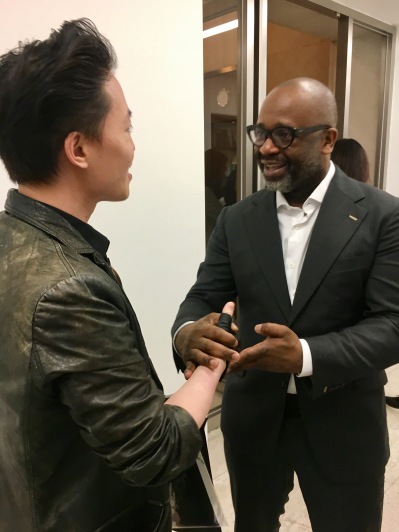 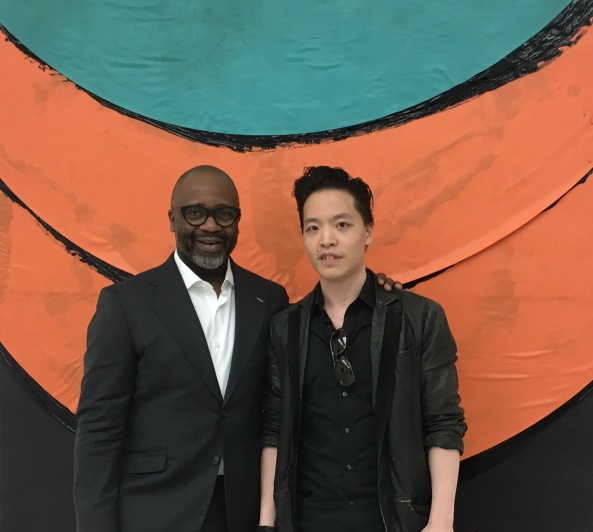 Theaster Gates (born August 28, 1973) is an American social practice installation artist. He was born in Chicago, Illinois, where he still lives and works. Gates’ work has been shown at major museums and galleries internationally and deals with issues of urban planning, religious space, and craft. He is committed to the revitalization of poor neighborhoods through combining urban planning and art practices. 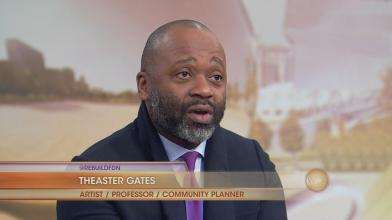 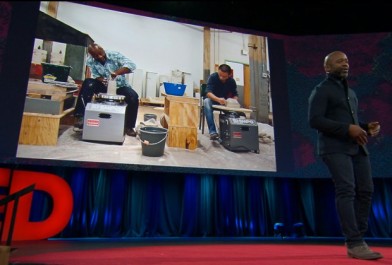 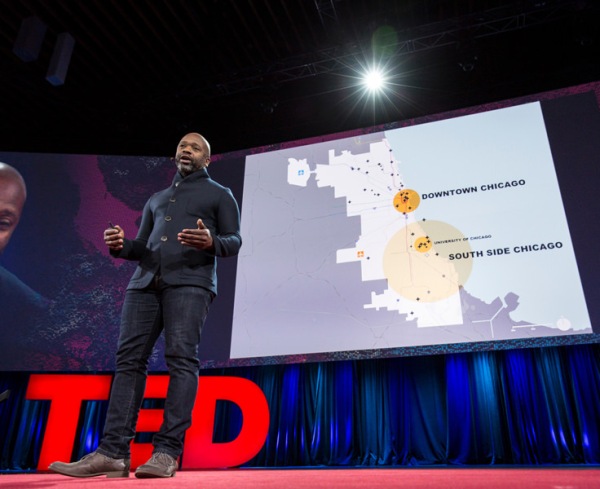 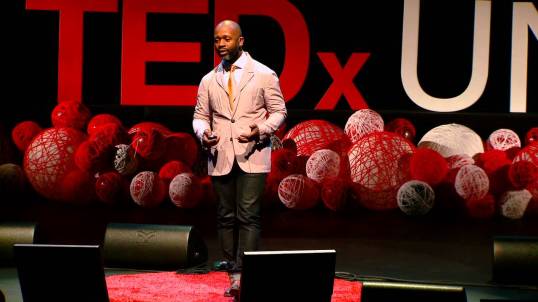 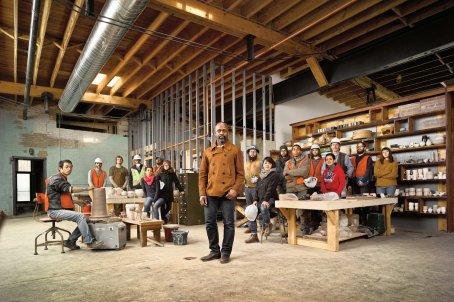 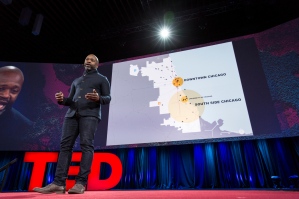 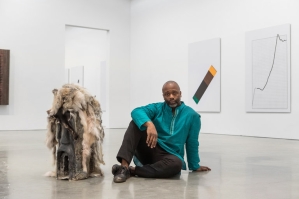 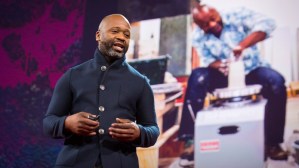 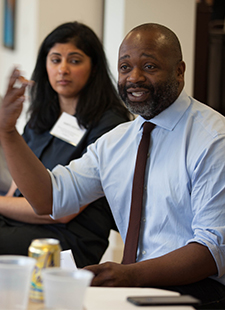 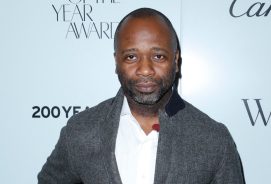 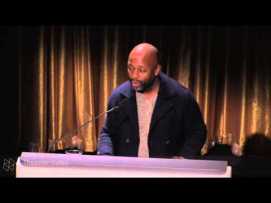 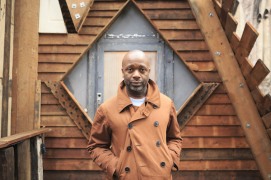 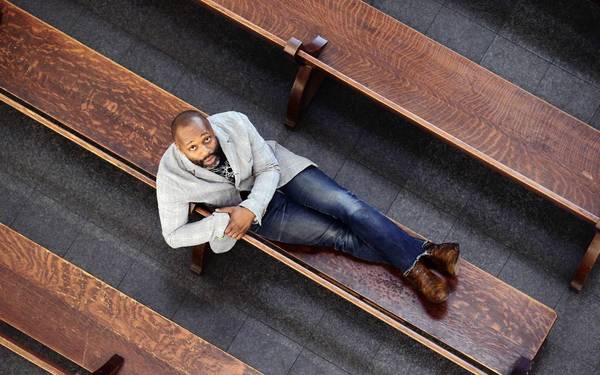 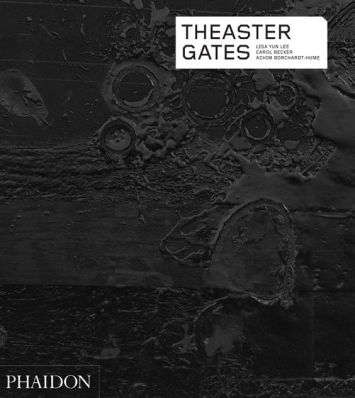 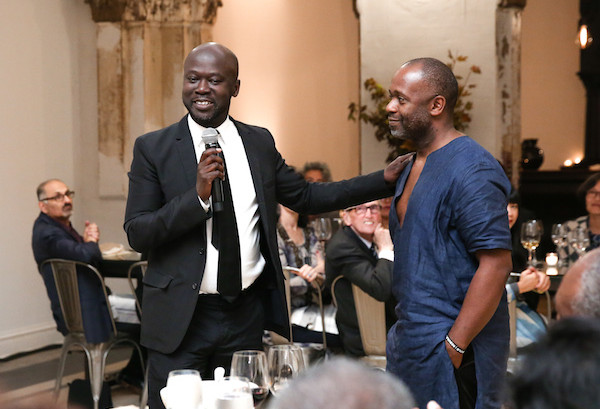 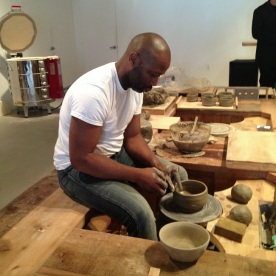 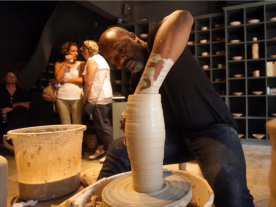 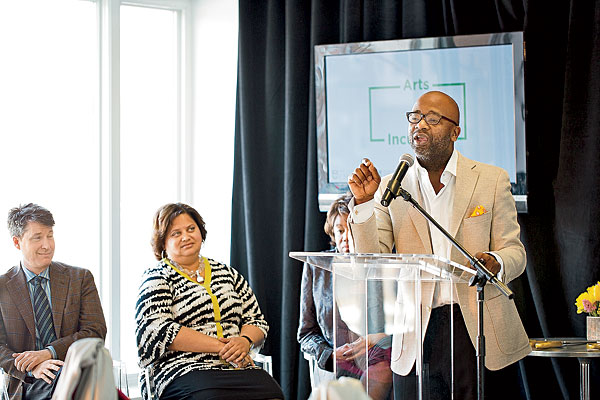 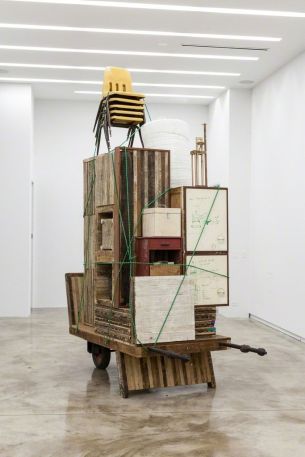 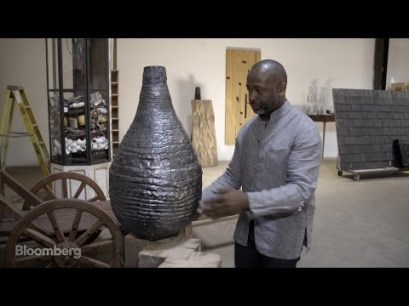 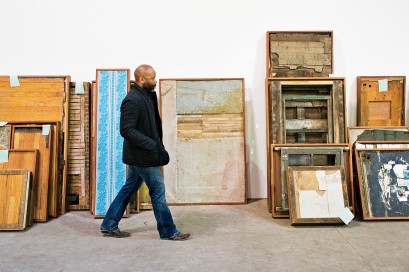 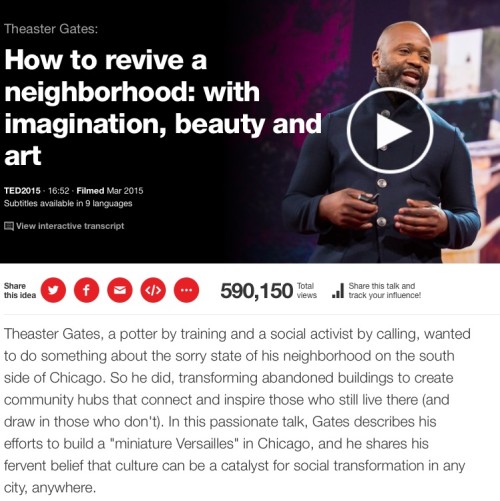 In January 2014 he designed a million-dollar installation for the South Side’s 95th Street subway terminal. It is the largest public art project in the history of the Chicago Transit Authority.He was participant at the 2012 dOCUMENTA (13) art show in Kassel, Germany, the 2010 Whitney Biennial in New York,[11] the Milwaukee Art Museum in 2010, the 2010 Art Chicago fair. He was included in “Hand+Made: The Performative Impulse in Art and Craft”, at the Contemporary Arts Museum Houston, and in 2013 had a solo show, 13th Ballad, at the Museum of Contemporary Art, Chicago. Gates is represented by Regen Projects of Los Angeles and White Cube, London. On May 30, 2014, Gates and jazz pianist Jason Moran led a one-time performance entitled Looks of a Lot as part of the “Symphony Center Presents Jazz” series and the Chicago Symphony Orchestra’s “Truth to Power Festival.”

In October 2015, Gates created an installation at Temple Church, Bristol, England. Built in co-operation with its owner English Heritage, “Sanctum” will provide a venue with 24 hours of music and performance over 24 days, in a performance event funded by Arts Council England and developed as part of Bristol 2015 Green Capital.