On Selling Art
I sold four paintings and got 20,000, and signed some exhibition contracts. Interestingly, my first contract was with Tang Contemporary. The second year after we signed the contract we went to Ban gkok to hold a bi- solo show with Thai artists. It is amusing that this Friday I am going back to Thailand to get back the paintings they borrowed that year.

on Working with Galleries:
I signed another contract with a gallery in Hong Kong at the exhibition but the other contract ended up going nowhere. Immediately after, in October 2001, the new campus of our academy was finished. We held a grand ceremony and invited the deans of fine arts academies from all over the world along with a graduation exhibition for the top graduates. My paintings created at my gra duation were also shown at that exhibition and my senior sister apprentice Wang Tiantian happened to see them. She also graduated from the fresco department and had just finished her studies in America then. She found me and told me that there was a galler y in Taiwan named Soka which happened to be opening a new branch in Beijing, so Wang Tiantian, Zhong Song and I held an exhibition in Soka and signed with them after the show. The cooperation with Soka was not very delightful because I thought they did not know anything about art, so I ended the agreement with them, signed a contract with Fangfang and changed to Dou Honggang’s Red Bridge Gallery before the end of the year. 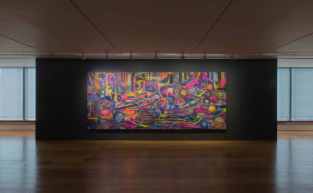 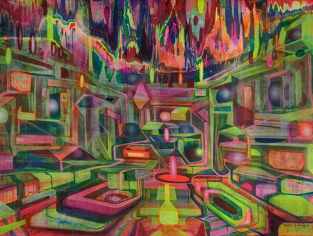 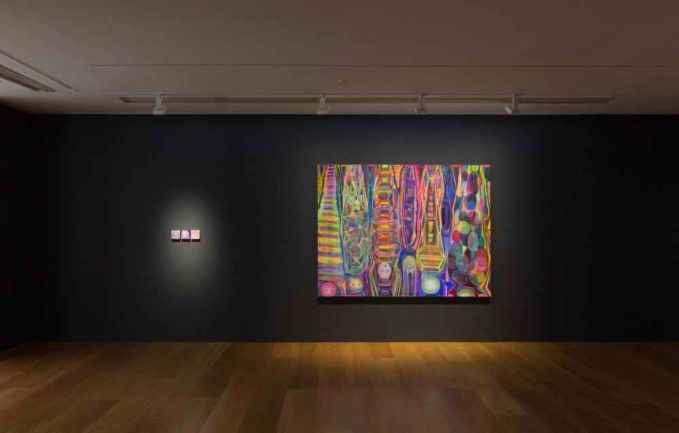 Painter Huang Yuxing 黄宇兴 ( on the left ) Born in 1975 in Beijing, China . Graduated from the central academy of fine arts .