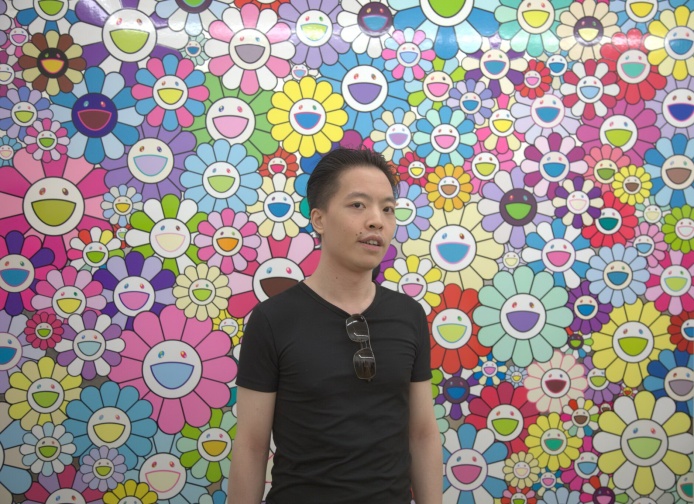 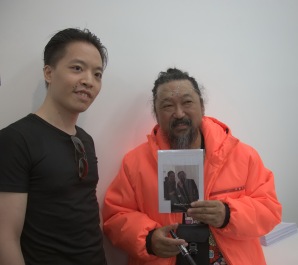 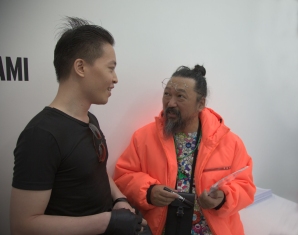 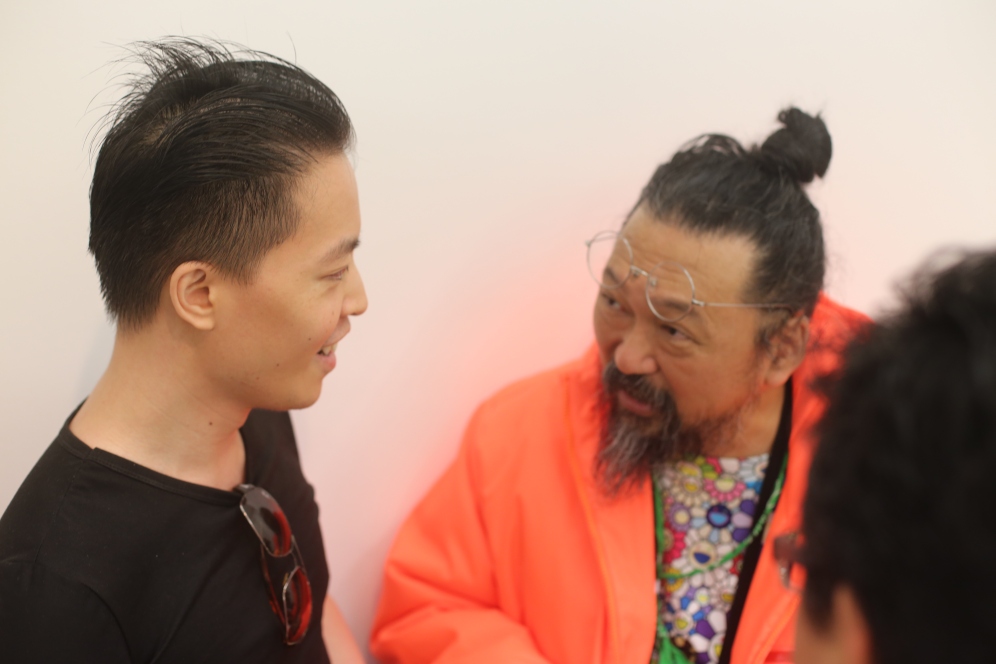 Ran into my hero Murakami once again.

Takashi Murakami, who has a PhD in Nihonga painting, combines the most cutting-edge techniques with the precision and virtuosity of traditional Japanese art. Inspired by manga and kawaii culture, his irresistible world is peopled by monstrous and charming characters alike, as facetious descendants of past myths. His theory of the Superflat aesthetic, which he introduced in 2001 with the trilogy exhibition he curated (the third part was entitled “Little Boy,” which refers to the codename for the atomic bomb dropped on Hiroshima in 1945), attempts to blur the boundaries between popular art and high art; it has explored the evolution of Japan’s understanding of its post-Hiroshima condition and the interrelationships between vanguard art, manga, anime and their forerunner, Ukiyo-e woodblock prints. The absence of perspective, the two-dimensionality of ancient Japanese art, filters in to every medium.   Since his first monographic exhibition outside Japan in 1995 at Galerie Perrotin, Murakami has become recognized as one of the most prominent contemporary artists of his time, and his work has been featured in numerous solo exhibitions at museums and art institutions throughout the world.